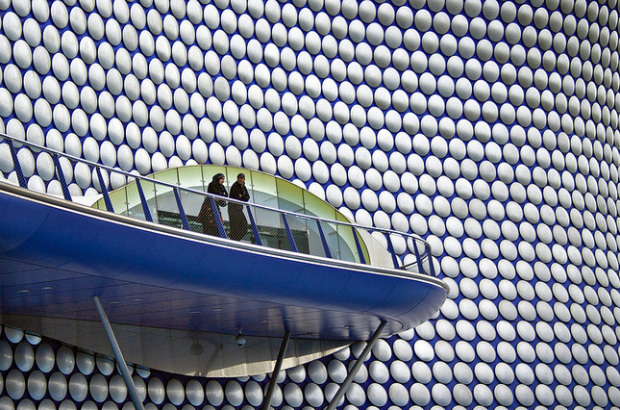 At the end of February we headed to Birmingham, the place that's often cited as 'the UK's second city’. Sir Mark Walport brought together a range of key stakeholders, including one of our Lead Experts, Professor Chris Rogers, as well as other representatives from local universities, the city council and the LEP.

The aim of the meeting, as in other cities, was to explore the challenges and opportunities that Birmingham will face over the coming decades, as well as understanding how it interacts with other cities and what its unique strengths and assets are.

Hosted by Millennium Point – Birmingham’s hub for creative thinking centred on science, technology, innovation and learning – we had a lively and in-depth discussion that explored the city’s past, present and future. Everyone agreed that Birmingham is a young, diverse city that needs to harness these qualities in developing its identity, opportunities and connections.

Identity is vital in determining the future of a city, but it can only be enhanced when the city’s relationship to its region and other cities is fully understood. Some believe Birmingham to have a mixed relationship to its city region that needs to be strengthened, especially through work and transport. The issue of the impending HS2 seemed to bring up both advantages and concerns in terms of work and inter-city relationships. The question was asked; "will HS2 pull more people to Birmingham or simply take more people away to London?"

Birmingham's work future is seen as a crucial issue that needs to be understood, shaped and catered for. The city's identity has been molded by its manufacturing and trade heritage - but as the economy shifts, Birmingham will need to identify and support sectors that can thrive and offer extensive work opportunities - as well as build the relevant skills for these professions.

‘Stickability’ emerged as a key aspiration for the city - that is, the attractiveness of the city for people to stay working, studying and living there on a long-term basis. Liveability is thought of as key in this, encompassing high quality housing, public realm and culture offers. However, work is also an ongoing crucial factor in drawing and keeping people in the city, especially for the large number of skilled graduates that emerge from Birmingham’s varied universities and colleges.

We heard that Birmingham seems to lack a clear 'vision' of what kind of city it wants to be in the future. Getting the young people of Birmingham together with key stakeholders to help shape the city's vision was suggested as a positive idea that would articulate the representative voice of the city. We understood that leadership was somewhat of a sticking issue - would Birmingham suit a strong governing voice such as a Mayor? Either way, there seems to be a need for a coherent strategy and driver of change, and many believe a collective vision based on shared civic identity could be a crucial part of this process.

The conclusion we heard from the meeting was that Birmingham should be optimistic, focus on its opportunities and make the most of what it has. Liveability, a clear future vision, high quality jobs, skills building as well as strengthened relationships between institutions, regions and cities were all seen as vital in this process. With this keen energy for positive change, Birmingham’s future looks very bright indeed.

Do you live or work in Birmingham? If so, then you are one of the most important stakeholders in the city’s future. What kind of vision do you think would help Birmingham become ‘stickier’?

Featured image by vasilennka on Flickr. Used under Creative Commons.