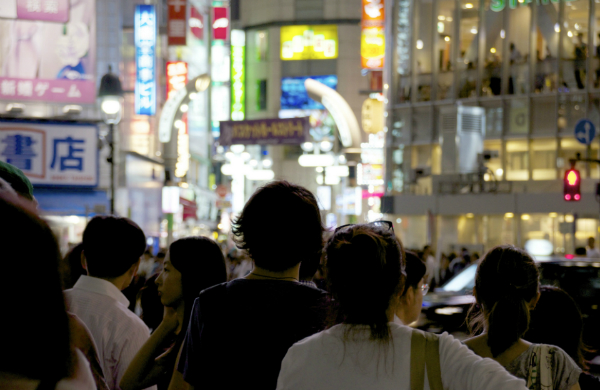 On 18 September a group of international experts representing local and national governments, academia and the private sector met in London to discuss how the world is thinking about the future of cities. The event was developed in partnership with the Regional Studies Association led by Professor Mark Tewdwr-Jones, Newcastle University and the Cabinet Office.

Their findings and discussions will be used by the UK Future of Cities Foresight project to inform an investigation into the future of British cities, but we shouldn’t expect a single (or simple) answer to emerge.

It is already clear that the world is thinking about the future of cities in significantly different ways - for the obvious reason that there is no one ‘future of cities’. Each city is facing its own, unique future, and a bespoke set of future challenges. A quick trip round the world provides some illustration.

First stop is Tokyo, currently the largest city in the world with nearly 38 million people in its metropolitan area. Tokyo is the epitome of the ‘global city region’: a hub of enterprise, innovation, and connectivity, with state of the art infrastructure and a hyper-modern built environment. But its future is still a challenging one: the city faces the prospect of population decrease and an aging society – more than a third of its citizens will be over 65 by 2040. It is also at risk from environmental threats, being particularly exposed to floods and cyclones.

Compare this with the future of a city like Mumbai, whose present struggles with slum housing, congestion, and social segregation seem likely to intensify with further population growth. The different futures of cities start to become a little clearer.

Of course, Mumbai and Tokyo are both mega-cities. What does the future hold for smaller cities?

Many in the developing world are growing very quickly, and struggling to meet the increasing demands placed on housing, water supply, sanitation and infrastructure. Gabarone in Botswana for example was a small administrative post of just 17,000 people in 1971, but by 2020 is expected to be a busy city of half a million. Amongst its challenges are combatting high levels of poverty (currently almost 50% of the population live in poverty), high HIV / AIDs prevalence rates and low density sprawl.

Meanwhile, although smaller cities in upper income nations, on the whole, secured adequate standards of living in previous cycles of urbanisation, they will nonetheless have their own future tests. Consider Cadiz, in Spain where almost 40% of people are unemployed, or New Orleans which is still rebuilding itself after the devastating effects of Hurricane Katrina in 2005, or Lisbon, Portugal where 100,000 inhabitants have left the city for each of the last 3 decades. The future looks very different for each of these cities.

Clearly, the geography, history, size, economic profile, demographics, and institutional framework of any given city combine to create individual places with distinctive futures. Another factor which influences a city’s future is its place within its national (or regional) system of cities: is the city ‘primate’ like Athens, part of a polycentric national system like Melbourne, or perhaps a city within an assymetric or divided national system? A city’s future trajectory can be profoundly affected by its position within a wider system of cities.

The importance of the international perspective

But if every city faces a different future, and each city is a cog within a distinctive national system, what is the point in comparing international approaches to thinking about the future of cities? Don’t cities and national governments just need to get on with it and manage alone?

Yes and No. Yes to ‘getting on with it’, and many local, national and intergovernmental stakeholders are doing just that. They are carrying out studies to understand the futures of specific cities and city systems, and are using what they know to plan and prepare for these futures. At the metropolitan level, cities such as Vancouver, Delhi and Barcelona have developed strategic plans which set out their pathways towards the future. National governments, including those in Poland, Uganda, Australia and China are developing national urban policies to guide the development of their system of cities. And intergovernmental organisations such as the EU, OECD and Word Bank are reviewing the progress of cities, national and regional systems to uncover successful policies and to suggest productive strategies for future growth.

But ‘No’ to going it alone. Reviewing different international approaches, policies, studies and musings presents a great opportunity for the UK. If we can find countries and cities which are preparing for their future particularly effectively, and identify what it is that they are doing well, then we should be able to ‘borrow’ the best ideas and avoid hard-learned mistakes. Our conference set out to uncover some of the global insights that make a system of cities fit for the future.