Guest post by André Côté, Program and Research Manager at the Institute on Municipal Finance and Governance in Toronto. 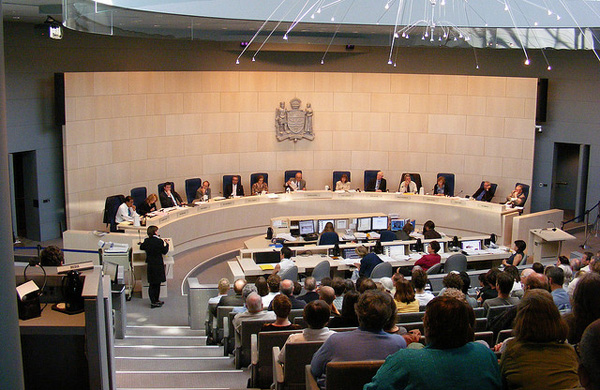 There is growing recognition across the globe that cities are where the action is. Cities are playing an increasingly outsized role in creating prosperity, cultural vibrancy, social cohesion and better quality of life. How cities are governed is a critical success factor.

'Urban governance' refers to the process through which democratically elected local governments and the range of stakeholders in cities – from business associations and unions to civil society organizations and citizens – make decisions about how to plan, finance, and manage the urban realm.

The Foresight Future of Cities Comparative Urban Governance paper surveys the international landscape of urban governance, describes the recent history in the UK, and identifies future trends and their implications for the governance of UK cities tomorrow and as we look out to 2065.

Lessons from other parts of the world

What are the lessons for the UK when we look at urban governance in other countries?

Second, some form of regional governance is essential for cities to plan and coordinate metropolitan functions such as transportation and economic development. The 2-tier Greater London Authority was a response to this need. The UK’s other big cities have been moving in this direction with new governance arrangements such as combined authorities, and they engage in many partnerships with quasi-public, business, non-profit and community organizations. But local authority governance in UK city-regions continues to be highly fragmented.

Third, the devolution of powers and responsibilities from central government must be coupled with appropriate fiscal tools. Authority is more centralized in the UK than most other countries, so recent initiatives to reform relationships with cities and decentralize power to the local level is a positive step. A challenge in many countries, however, has been the failure to devolve revenue raising tools to pay for new responsibilities. London continues to have few revenue raising tools compared to other major cities around the world, and other UK cities have even less fiscal autonomy than London.

Fourth, large cities and city-regions are different, and need to be treated differently. They differ from other municipalities in terms of size and density, financial and administrative capacity, and the complexity of the challenges they face. In countries such as Spain and Germany, cities and city-regions have different (or ‘asymmetric’) governance arrangements and powers. While there has traditionally been a diversity of governance models in the UK, only recently have initiatives such as City Deals sought to create arrangements that reflect local capacity and conditions.

Fifth, senior governments play a critical role in enabling the success of cities. As in the UK, countries ranging from Brazil and Switzerland to Australia and the United States are recognizing the central place of cities in national economic prosperity. The national (or state/provincial) role in urban governance varies, but there are generally a few main priorities:

Finally, capable and visible city leadership is critical. For large cities and city-regions especially, models with a directly elected mayor appear to have greater potential to provide a coherent city vision, mobilize coalitions of stakeholders, and provide profile and accountability to citizens.

The future trends and their implications for UK urban governance

If there is a lesson from the past half century, it is that many of the future changes in cities - whether social, economic, technological, environmental or political - will be hugely disruptive, but are unforeseeable today. Still, there are some trends we can expect to influence UK cities over the next half century, and they will have important implications for urban governance.

For example, we can reasonably forecast continued urbanization and demographic shifts such as population aging; we can expect urban challenges with economic dislocation and social exclusion; we can foresee pressures on infrastructure, urban form, and the environment; and a growing need to address stresses on local democracy and citizen engagement.

What does this mean for the governance of UK cities in the future? We identify 5 governance characteristics that will be important factors in the success of cities:

Ultimately, governance is about how people and organizations in cities make decisions about their shared future, and respond to the challenges that come up along the way. Successful cities will require bold and capable leadership, and the resilience and adaptability of urban governance to those unforeseeable changes we can only guess at today.