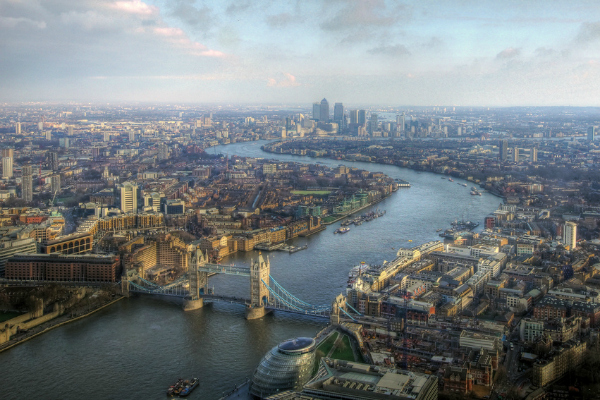 Does London’s growth occur at the expense of other UK cities, as it can sometimes seem when the capital’s economy surges ahead?

What does it imply for the UK economy as a whole that London is the country’s only ‘world city’ in its scale and diversity?

Does thinking about all cities as part of a single network give us a different perspective on these important questions about the UK’s economic prospects?

In our report we argue that thinking about the way different cities affect each other through the economic and other links between them, rather than in terms of prospects for individual cities, points to untapped growth potential for the UK. It also puts the focus on policy levers that could support a more productive urban economic network, especially in terms of transport and communications infrastructure, and on policy decentralisation.

There has been a big structural shift in the global economy during the past generation, and it has become obvious that traditional comparative advantage in trade has become less important. The specifics of these locations matter, as face-to-face contact has if anything become more important in the context of sophisticated technologies and economic activities: coffee houses are just as important in modern-day San Francisco as they were in 17th and 18th century London.

By looking at the network of cities we question the frequent assumption that there is bound to be harmful competition between London and other UK cities, and instead ask what conditions could encourage positive spillovers between London and the other cities, to the benefit of the UK as a whole. Economic growth is not a zero sum game, and this is just as true in thinking about the geographical location of activity within one national economy as in the context of international trade and growth.

We argue that the UK’s cities, and therefore the economy as a whole could grow faster if they could benefit from improved supply chain potential. The economy is under-performing its potential, given the extent of the size gap between London and other cities, which makes it an outlier in in the relatively small scale of its second tier cities.

Economic growth is a matter of self-reinforcing activity, virtuous circles, in a process which is not a zero-sum game, and policy interventions should be thought of in this dynamic context. The aim is to develop strong supply chain connections which allow problems to be identified and solved collaboratively. A variety of connections and diversity of activities will be important in enabling a cascade of expansion to start.

This line of thinking suggests that larger cities need to focus on their size overall rather than – as has sometimes been fashionable – selecting specific industry ‘clusters’ to grow. The more diverse the economic base, the more likely it is that new businesses will be formed and new activities will emerge, and that specialisation will increase too; but the exact selection must be left to individual ideas and the competitive market.

This is a different perspective from the standard economic approach, which allows in theory for either positive or negative links between different cities. If the agglomeration economies in one city are particularly strong, to the extent that people migrate or commute to the growing city from other cities, it will appear as if the former is benefiting at the expense of other cities. This story of winners and losers is the one often told about London versus the rest, despite the net result being high average national productivity, and higher real wages for the individuals in the growing city.

However, recent experience tells a subtler story. Firms are using the new capabilities offered by ICT to choose:

There are good reasons to believe the importance of this approach has increased. One of the effects of the ICT revolution, driving the creation of task-based supply chains, is that economic activity has become less evenly distributed geographically. Some places – for example China’s Guandong Province – have become hubs or hotspots of activity, supported by the growth of communication, transport and logistics networks. This ‘winner-takes-all’ pattern could be relevant at the level of a national economic system. The technology seems to be amplifying agglomeration dynamics.

Too little attention has been paid to the consequences of global reorganisation of production for supply chains. There are likely long-term disadvantages for the UK economy as a whole in this failure to think of growth potential in terms of the success of supply chains (or perhaps supply eco-systems), rather than in terms of the success of individual firms or sectors.

It’s about a mixture of ‘hard’ and ‘soft’ infrastructure, from transportation and bandwidth to knowledge networks and trade information. Investment in these different types of infrastructure is key.

If UK firms are to remain or become leading innovators in technologically complex products and services, from advanced manufacturing to the creative industries, policy makers need to think in terms of the supply systems or supply chains required. These will differ from city to city, reflecting historical specialisms and existing sectoral strengths and skills. A great weakness in the UK economy is that centralisation has undermined the ability to apply this knowledge.

The third issue for policy is the need for co-ordination, arising from the importance of co-location spillovers, in technologically advanced sectors. For any individual firm, the short-term logic of selecting suppliers on the basis of lowest cost regardless of location – including offshoring – is compelling. But for the UK economy as a whole there will be wider losses from ignoring the long-term innovation and competitiveness benefits of supply chain co-location. Over time, the ability to innovate will diminish, and UK firms will become less competitive in new technology lifecycles.

The example of graphene in Manchester is a timely example of the need for public and private co-ordination involving many players. It is not clear that all the elements for successful investment and growth resulting from the innovation are yet in place. No single player can align the availability of an appropriately skilled labour force, the amenities required to attract skilled, mobile people, the transport and infrastructure investment and international connectivity across a whole potential supply chain. This co-ordination role is particularly needed at the early stages of the development of a new technology when the private market opportunities are uncertain and anyway too small to enable economies of scale.