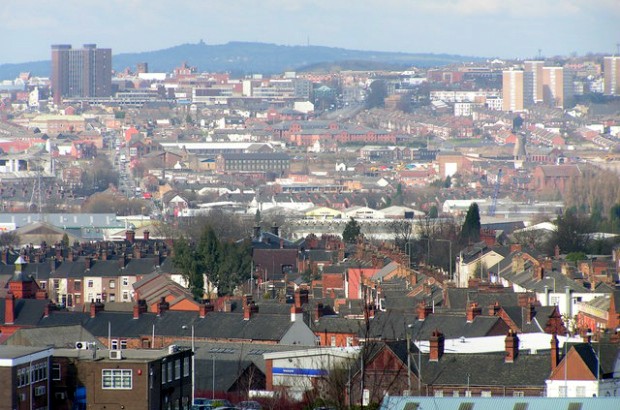 As city devolution gathers momentum, is it time to ask how all the pieces fit together. What governance capacities are required, how does planning fit in, what roles should the state fulfil?

These are some of the questions pondered at a recent workshop between the Future of Cities lead experts and an urban task group of the Town and Country Planning Association (TCPA). The workshop revealed several points of connection in thinking about the challenges and opportunities facing Britain's cities in the long-term future, not least in the usefulness of scenarios.

The TCPA task group's 4 scenarios were presented as being deliberately exaggerated, but not mutually exclusive when it came to drawing out implications for policy. The scenario that has provoked the most debate was called ‘managing places without growth’. It recognises growing problems across many older urban areas and seaside towns that are disadvantaged through location, quality of environment or profile to compete in the knowledge-based economy. Indeed a recent warning bell was sounded with the release of data showing a widening gap in educational standards in so-called satellite towns to major Northern cities, and similar warnings have been raised on health indicators.

This raises politically difficult questions about how such places will ‘earn their living’, and have the resource base to meet their needs, in a future of devolved responsibilities. But perhaps such a scenario should be discussed more openly, and ways found to rebuild local government capacities perhaps through Urban Regeneration Companies or a new regeneration fund, as well as improving accessibility to places with stronger economies. Indeed, is there a case for a highly focused state agency to drive this – English Partnerships reborn?

Other insights from this scenarios thinking were:

A more general conclusion to emerge from these scenarios is that possible implications for different types of towns and cities should be considered much earlier and more explicitly in the national policy evolution cycle, whether this relates to the economy, welfare reform, education, social or environmental policy.

'Urban policy' conjures up different things to different people. To some, it is a throwback to targeted regeneration policies, to others it is about how cities can be empowered to maximise their contribution to national prosperity. Yet again, given that England is so highly urbanised, one could argue that there is no such thing as urban policy. Professor Alan Harding in his Foresight Future of Cities working paper argues for more transparent recognition of what he terms ‘implicit urban policy’, namely that mainstream policies often have very uneven geographic impacts.

Further details of the evidence and underlying thinking that led to these headline points is contained in a collection of papers published in Town and Country Planning, Vol 84, No 8, August 2015. The task group's discussion paper is available from the TCPA on request.