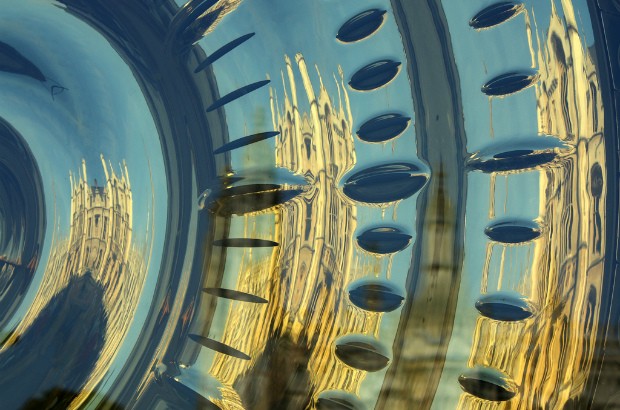 Cities could increasingly take the lead on solving societal problems. Ed Glaeser, an economist at Harvard, famously said that cities are our greatest invention. With rapid global urbanisation, and more responsibility being devolved to the local level, cities have the potential to deal with problems traditionally shouldered by states.

Cities have the ability to address issues such as:

Despite shouldering greater responsibility, cities will not stand alone. A theme running through the Foresight Future of Cities project’s work is the need to plan for, and have national support for, the ‘system of cities’. This takes into account the different specialities of cities, the different challenges and opportunities and local knowledge and physical assets, and how cities can complement each other.

Just as each city has particular research and industry strengths, universities have a diverse range of expertise and specialisms, often mirroring the regions and localities they are in. Universities have a long history of supporting cities with the analysis of local needs and the provision of evidence and policy insight. The relationship is mutually supportive. Universities provide education and training, support local businesses and undertake world-leading research, while cities are home to workforces, students and vibrant communities, and attract international businesses and researchers.

We are seeing the consolidation of systems of cities in England. The trajectory of policy, from City Deals to Combined Authorities to Devolution Deals, means more decisions will likely be taken locally. The ‘Northern Powerhouse’ is an example of a shift of some powers towards a cluster of cities that will be required to work in a system. Similar clusters have emerged in China (with a striking shift in economic focus in the 2000s from the coastal to the inland cities), and in South Korea (where the government has a strategy to incentivise clusters and universities outside of the Seoul region). The ‘northeast megalopolis’, the most heavily urbanised region of the US and home to a high density of universities and students, is perhaps the most notable example.

Systems of cities will include smaller urban areas. The Centre for Cities' Outlook 2015 notes that medium-sized cities are the most innovative, leading pioneering work in different industries. In Gloucester and Aldershot innovation is focused around the aerospace and defence industries, for example, and in Coventry and Peterborough the automotive industry. Universities work closely with industry throughout the country. A recent study showed universities’ contribution to the economy through services to business and the community (as measured by their knowledge exchange income) was worth over £3.9 billion.

National support is essential for a strong system of cities – the stronger the support the more robust and internationally competitive cities can become, with universities and other partners part of a wider complementary network spanning regions and borders. Universities can help coordinate economic and social developments at local, regional and international level through existing research, business and alumni networks.

In planning for systems of cities, universities, city leaders, businesses and other partners need to work together. Initiatives such as Catapult Centres for business, university and local government collaboration, and Higher Education Innovation Funding, which helps to build links between, for example, university external engagement staff and local councils, are excellent examples.

Cities and universities are stronger by working together.