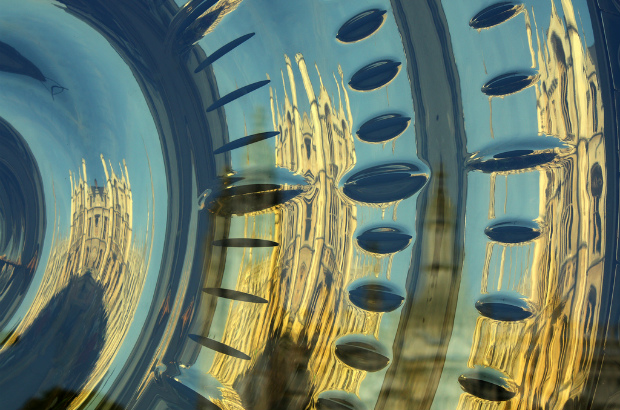 The aim of this project is to open up the possibility of imagining the future of Cambridge to a broad cross-section of people who live and work in the city; eliciting visions of what it could look like in 2065, and to map diverse projections for its future.

A report released today brings together 24 visions from city and county-level policymakers, researchers and people who work for companies, local organisations and networks. In the next phase of the project, we will ask members of the public to comment and add to these visions and to bring a wider range of views to bear on the question of the future of Cambridge.

The contributors to this report were all asked to think about the issues they considered critical to the continued and future success of Cambridge as a city. Each of them identified their priorities for where we will live, how we will live, and how we should respond to the changes the city will undergo over the next 50 years. Some common themes emerged, including:

Visions of the future built environment of Cambridge were overwhelmingly green: both verdant and ecological. New living landscapes with welcoming environmental and cultural spaces were envisioned. These involved improved green spaces and increased agricultural production outside and inside the city, designed around streets used by driverless vehicles and lined with ecologically sound new and retrofitted buildings which maintain Cambridge’s rich architectural heritage in multicultural neighbourhoods. In 2065, Cambridge will function as a global leader at the same time as playing a critical role both nationally and locally.

Cambridge was overwhelmingly seen as a city that will thrive through improved connections among diverse communities that exist both inside and outside the city. It will become a more equal place in which to live and learn. In 2065 Cambridge will be a healthier city and a world leader in sustainable tourism. It will also be a smarter city, developing and using clean technologies and creating collaborative creative and cultural spaces.

How we respond to the future

Perhaps unsurprisingly, technology and innovation were highlighted, particularly in relation to clean technologies, agriculture, cultural investments, and entrepreneurship. While the unpredictability of the future was a recurrent theme, so was the importance of planning for this uncertain future and in laying strong foundations for the city to build on.

In summary, our 24 contributors see Cambridge in 2065 as a city that is green and connected - inside and out. Cambridge is seen as both a global leader and local hub, for high-tech innovation, culture and also for communities. The high quality of life associated with the city has been maintained and developed, providing a recreational and cultural match to its continuing intellectual and economic growth.

Above all, Cambridge is viewed as a beautiful city that attracts people from all over the world and whose citizens can live healthy, happy, and equal lives. Maybe this is a vision we can all sign up to?

This project was co-led by the Cambridge Forum for Sustainability and the Environment and the Centre for Science and Policy (CSaP).

For more information about this project, please contact Dr Rosamunde Almond on r.almond@damtp.cam.ac.uk.